What is The Core System™?

The Core System™ represents an attempt to codify information from various sources by returning to the roots of what once constituted the martial arts. More than just another style or system, it is an attempt to envision a new paradigm of what a martial art could become.

Presently, the martial arts are many things to many people. For some, it is a reliable method of self defense. For others, it is a competitive martial sport either in contact (as in MMA) or light or non contact versions. Some practice the art as a formal exercise system, some for cardiovascular benefits, or, in the case of the internal arts, more as a way to learn a form of moving bodywork practice or even moving meditation. 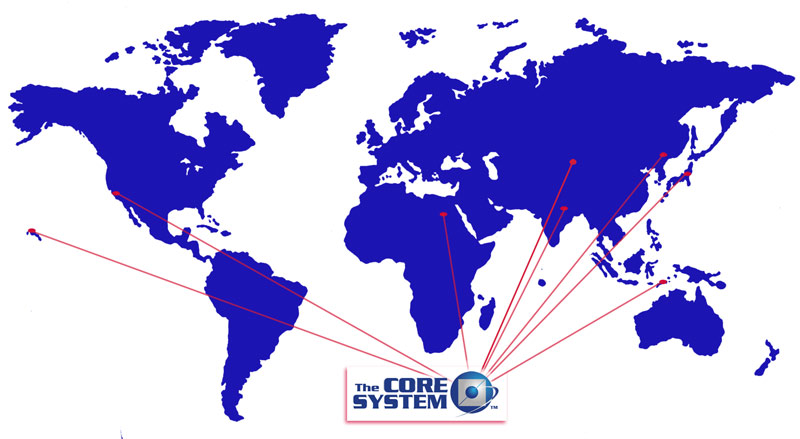 The Spread of Martial Arts

As a result of this diversity, the martial arts can represent almost whatever an individual wants it to, at least theoretically. As originally intended by the monks who formulated many of the early martial practices, the martial arts were a way to physically embody many philosophical, even spiritual concepts. Systems of thought like the I Ching, the Five Elements, Yin and Yang, and more were expressed and represented in the movements and states of being achieved through the unification of movement, mind, breath, and qi (energy) that the arts were able to link.

As the arts spread beyond the temples to become more specialized for self defense, martial combat, health improvement, or personal study and growth, the totality that the arts once represented became more fragmented. Some arts, like tai chi chuan, hsing-i, pa kua, and lu ho ba fa (water boxing) specialized in creating a dynamic internal environment where mind, body, energy, and breath were synchronized within the form and formal movements to create an art which literally represented a way for the practitioner to consciously engage in enhancing individual and collective evolution. This level of understanding was quite rare, however.

Yet, as the Chinese arts spread throughout China and then through the rest of Asia, the arts came to take on the cultural and culture-specific needs of the communities they were involved with. This worked magnificently for a long time. Then, slowly, the arts began to lose their focus.

The Rise of Martial Sports

The Okinawan and Japanese martial arts become more focused on either competition or on classical, formalized styles of movement. The martial aspects became less and less emphasized.

Learn Kung Fu in the Monk Fist Style or Internal Chinese Martial Arts Combat.Even the original Chinese arts over time, due to many historical events, lost their internal (qi focused) aspects, their philosophical relevance, and eventually their combative parts were diluted. The most advanced aspects, the hidden Dim Mak (Dim Muk) and Poison Hand, along with the advanced qigong which supported these practices, also were de-emphasized and hidden. The modern Chinese martial arts known as wu-shu, became little more than gymnastic-like competitive events.

Many of the original martial arts were actually based on the use of weapons. These were used in warfare and combat and formed the basis for several of the traditional arts. With the advent of the gun and modern weaponry, the movements were transformed into unarmed combative techniques, or into health or mind-body synthesis methods. The rationale and purpose of the martial arts had changed with the times.

The Core System™ represents an attempt to restore many of the various de-emphasized aspects under one roof, so to speak. After training with nearly 25 teachers, I felt the need to innovate by returning the arts to their roots. This includes external physical training, the complete internal systems of qigong associated with each art (kung fu, tai chi chuan, hsing-I, pa kua, lu ho ba fa), the philosophical and spiritual practices, meditation, and ways of achieving higher states of consciousness through the harmony of balanced movement, breathing, mindfulness, and qi.

Rediscovering the Core or Root Systems

Much like a tree, the art has its roots as the fundamental practices common to all of the arts, then specialized aspects that form the branches and stems, and finally leaves. Some may choose to specialize in a particular section or two, while others may wish to embrace more of the totality. Health, self defense, artistic expression, consciousness raising and exploration, confidence, and more, each of these may be individually explored in depth.

Martial artists from other styles often consult with me in an attempt to regain the missing portions of their primary arts. The base, core, or root arts I teach are Taoist, Shaolin, and Tibetan kung fu, tai chi chuan, hsing-I chuan, pa kua chang, lu ho ba fa (water boxing), and kenpo karate and kenpo jujitsu. I also know arnis, the Filipino system of hand, stick, and knife fighting, limalama (Polynesian martial art) and aikido, among other arts. My first art was kajukenbo, a hybrid of karate, judo and jujitsu, kenpo, and Chinese (kung fu) and western boxing.

Rediscovering the core or root systems and material at the heart of all of these many arts has been both challenging and rewarding. At their core there are some common movement patterns that transcend style. By integrating these into a coherent and teachable form, combining both traditional and modern contemporary teaching methodology, each art has become stronger. The whole is indeed stronger than the sum of the parts.

By transcending division and separation each art, and each one of us, can find the path to wholeness, balance, and serenity. That is the true meaning of the Tao, and of all of the ancient martial, philosophical, spiritual, and mystery school teachings. By returning to the source we discover and become who we truly are.

Such is the mission of the Core System™.

Minimum Amount of Effort to Accomplish the Maximum Effect

The Core System™ will teach you the skills you need to make any martial art work on two levels. First efficiency, or making the moves work with no wasted motion, using the minimum amount of effort to accomplish the maximum effect. And second, effectiveness where every move is designed to disable, maim, blind, cripple, or kill with deadly results.

Like a tree, most of these arts have common roots in China with Shaolin, Taoist, or Tibetan ancestors, but there are many stems and branches. These branches include all of the martial arts from Southeast Asia, Japan, Okinawa, Korea, Burma, Thailand, Malaysia, Indonesia, Vietnam, The Philippines, Hawaii, American Samoa, the United States, Europe, and South America. The roots certainly include ancestral arts from India and the African continent.

WARNING: these instructions are unsuitable for the immature or the mentally or morally unbalanced. They should ideally be practiced under the supervision of a professional martial arts instructor. Literally every technique may paralyze, disable, blind, cripple, knock out, maim, or kill, and should only be used for legitimate self-defense when your life, or that of a loved one or another helpless person is at stake. Practice at your own risk!