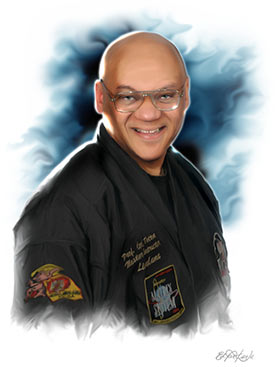 Professor Carl Totton is the founder of the Taoist Institute. He has studied the Chinese healing, spiritual, and martial arts for over 45 years and is licensed as a clinical and educational psychologist.

He is certified as both a Reiki master, and qigong and martial arts grandmaster. He has worked in many clinical settings including private practice, hospitals, community mental health clinics, schools, and a college counseling center.

He teaches classes in all of the traditional Chinese internal and external martial arts, qigong, Taoist meditation, and tui na, the ancient Chinese method of acupressure massage and medical qigong.

Dr. Totton is the founder of the Core System™, a new method of integrating the ancient roots of the traditional healing, spiritual, and martial arts and transforming them for contemporary applications. He has also created Quantum Psychotherapy and Counseling, an integrative method of transformational therapeutic practices for promoting emotional balance and personal growth, and CEBAR: Core Energy Balancing And Reiki, a synthesis of the best of the many methods of holistic energy healing he has studied.

You can also reach me via the Alternative Therapists Directory!